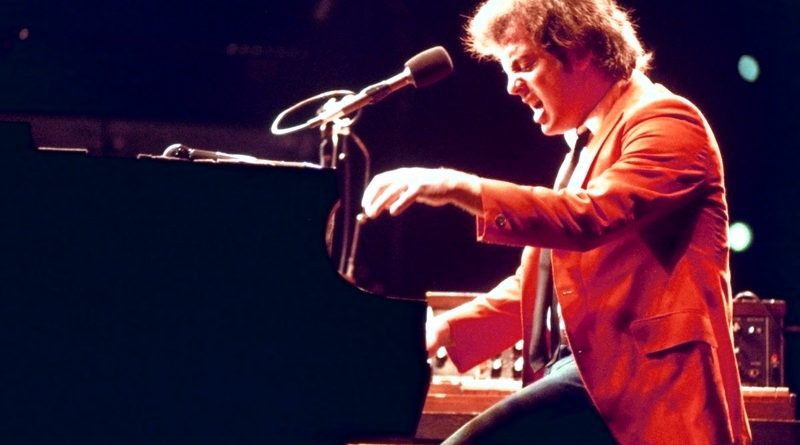 It was 40 years ago today (September 23rd, 1982) that Billy Joel released his ninth album — The Nylon Curtain. The set, which followed the 1981 live set Songs In The Attic, was “The Piano Man’s” proper follow-up to his multi-platinum 1980 chart-topping Glass Houses set.

The Nylon Curtain peaked at Number Seven on the Billboard 200 album chart and was nominated for the Grammy Award for Album Of The Year — despite the album not spawning a single Top 10 hit. Three singles were pulled from the album: “Pressure” (#20), “Allentown” (#17), and “Goodnight Saigon” (#56)” — all of which enjoyed massive airplay on MTV. Despite the exposure, the album spent just seven weeks in the Top 10 — as opposed to Glass Houses’ 25 weeks.

Billy Joel says he didn’t realize how affected he was by John Lennon’s 1980 murder until completing The Nylon Curtain. He talked candidly about Lennon’s death — among many other things — in author Fred Schruers’ 2014 book, Billy Joel: The Definitive Biography, which was culled from 100-plus hours of interviews.

In the book, he spoke frankly about the personal loss of his ultimate hero: “I felt a genuine sadness that John was gone, that there were never going to be any other John Lennon recordings. The Beatles were over; we’d all accepted that. But as much as I had loved them and as easy as it was for me to idolize Paul McCartney, I had never realized how much John Lennon had meant to me, how much he and Paul were the irreplaceable sweet and sour. It was only later that I realized I was channeling John in a lot of the vocals on that album.”

Billy Joel remembered that The Nylon Curtain sessions were unlike any that came before — or since: “I wanted to write a real sonic masterpiece. The Nylon Curtain took a long, long time to record. Rather than just starting with just the basic song and adding to it, we, kind of, started with the songs from the outside and worked our way in. There was so much recorded; different instruments, sound effects, orchestral things. . . It’s very, very rich. Almost like I was trying to go for a Sgt. Pepper-kind of thing where I was experimenting — playing the studio as an instrument.”

The Beatles’ influence was always evident in Billy’s work and he freely admits that his songwriting career has been heavily — if not almost entirely — inspired by the group’s output: “In a lot of ways, I was trying to recreate Beatle music. When the Beatles broke up, I thought, ‘Oh, we’re not gonna get any of that anymore — maybe I can try to do something like that.'”

Billy Joel’s The Nylon Curtain touched upon the changes the children of the 1960’s were now facing in America as they dealt with the ramifications of the Ronald Reagan-led 1980’s and the slow creep of middle age: “It’s experiences of what I call the post-War baby boom, which is about my age. They’re all topics that we’ve experience, I think. And the song, ‘She’s Right On Time’ is about some kind of matured relationship, some people who’ve been together — it’s not puppy love. Y’know, you’re in your 30’s, or you’re in a marriage, or a long-term love affair. The song ‘A Room Of Our Own’ is about needing the separation. Y’know, whereas one is the one is to being together and everything’s groovy and idealistic; this one is very sort of sarcastic about needing space.”