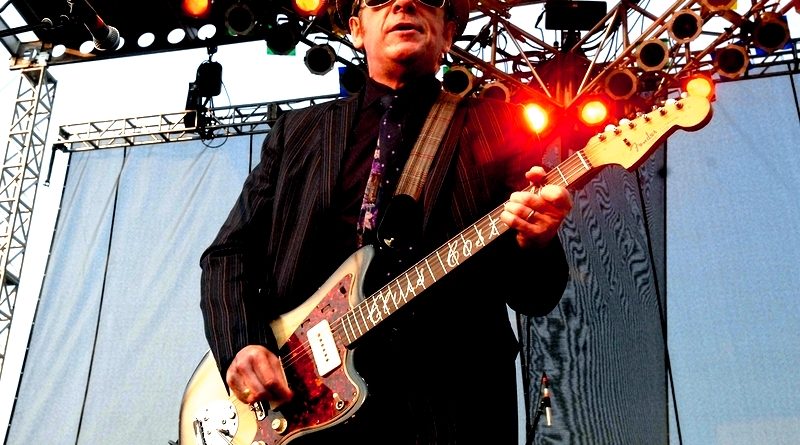 Elvis Costello & The Imposters kick off their summer tour tonight (August 4th) in Grand Rapids, Michigan at Frederik Meijer Gardens Amphitheater. Nick Lowe & Los Straitjackets join the tour on Saturday night (August 6th) in Huber Heights, Ohio at Rose Music Center at The Heights and play through the end of the run on September 4th at Saratoga, California’s The Mountain Winery.

Elvis Costello told us that over the decades some of his classic tunes have become vastly improved in their live configurations: [“You find the essential core instruments that make the performance work in concert. This I discovered early on. The first five records that I recorded — five or six really — could all be performed and it would sound very close to the recording because that’s who was playing on the record. The overdubs were minimal. The only missing aspect on the early Attractions records were the vocal harmonies that I did. Now with the Imposters, even just adding one voice singing the harmonic interval in the songs that were recorded originally by the Attractions makes them much brighter. The choruses speak in certain songs much better than they ever did before.”] SOUNDCUE (:34 OC: . . . ever did before)

We asked Nick Lowe — a man often regarded as a “songwriter’s songwriter” — if when he’s stumbled upon a melody, it stays with him until it can be crafted into a song: [“That is pretty much how it is, yes. Occasionally I’ll regret not having a little Dictaphone, or something I could’ve hummed something into — because it will not come back, and I know that something’s been good. But in general, if you get a germ of an idea, it will come back.”] SOUNDCUE (:14 OC: . . . will come back)