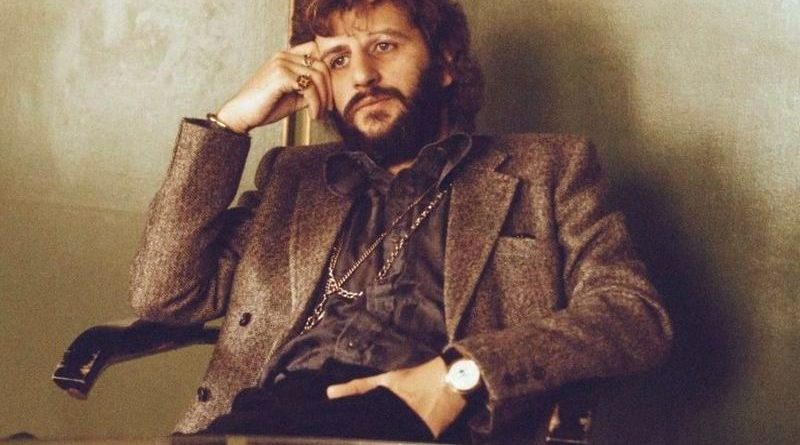 It was 49 years ago this week (November 24th to November 30th, 1973), that Ringo Starr’s “Photograph” hit the Number One spot. The song was co-written with his former Beatles bandmate George Harrison, and was the first single from his new Ringo album. An early attempt to record the song took place during sessions for Harrison’s Living In The Material World album, which Ringo drummed on in early 1973.

“Photograph” spent just one week at Number One. Two more singles were released from the Ringo album: a cover of Johnny Burnette’s “You’re Sixteen” which also hit Number One in January of 1974, and “Oh My My” which peaked at Number Five in March 1974.

In the spring of 1973 he began recording Ringo. From the beginning the sessions featured a star-studded cast, including members of the Band, Steve Cropper from Booker T. & the MGs, Billy Preston, Marc Bolan of T. Rex, Harry Nilsson and all three former Beatles, John Lennon, Paul McCartney and George Harrison.

Although Ringo was his third solo album it was his first rock album. His debut album from 1970 called Sentimental Journey featured Ringo singing standards from the 1930s and ’40s, while Beaucoups Of Blues, also from 1970, was a straight-ahead country album recorded in Nashville, Tennessee.

In 1971 Ringo teamed up with Harrison, who had produced “It Don’t Come Easy,” Ringo’s first solo hit, which peaked on the charts at Number Four. Although uncredited, Harrison in fact wrote most of the words and music for the song.

The next year the pair teamed up again for “Back Off Boogaloo,” which went to Number Nine in 1972.

Ringo, which peaked at Number Two in late 1973, was the last time all four Beatles appeared on a new album.

Since his return to the road in 1989, Ringo Starr has included “Photograph” on every one of his solo All Starr Band tours.

At the 2002 George Harrison tribute show, The Concert For George, Starr performed the song backed by Eric Clapton, Harrison’s son Dhani, Billy Preston, and ELO’s Jeff Lynne, among many others.

“Photograph” was among the highlights on the 2017 soundtrack to the ABC hit drama, This Is Us.

Ringo told us he’ll always have a soft spot for “Photograph’: “‘Photograph,’ y’know, was a huge song for me. And (it) was probably the best structured of mine, which was helped by George. The thing about ‘Photograph’ — the emotion I get from it — is that I was in Spain at the time when I wrote it. But the sentiment of that song I love, but now it has a different meaning, of course. Just because of the fact that George has left. Y’know the song’s a song that fits into the universe and that’s good. And I still do it now, a hundred years later.” (:26 OC: . . . hundred years later