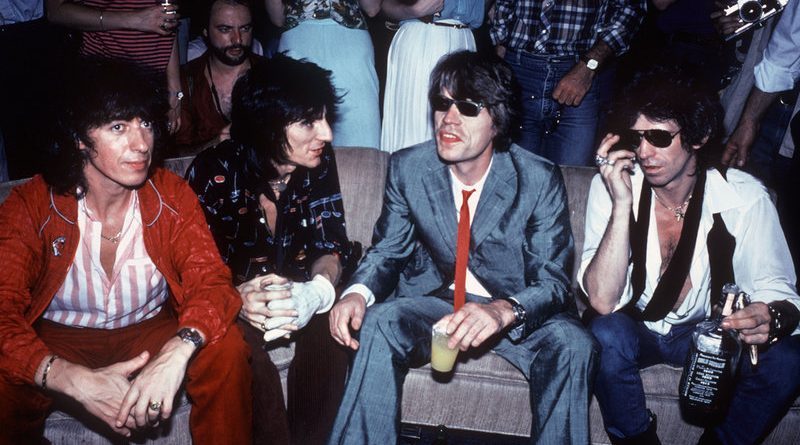 ‘MY LIFE AS A ROLLING STONE’ PREMIERES

Premiering on Epix this Sunday night (August 7th) is the four-part docuseries, My Life As A Rolling Stone. The specials, produced in conjunction with the band in celebration of its 60th anniversary, will feature an hour-long look each on Mick Jagger, Keith Richards, Ron Wood, and the late-Charlie Watts. Neither former members Bill Wyman nor Mick Taylor will be given their own spotlight docs.

The My Life As A Rolling Stone co-directors — Oliver Murray and Clare Travenor — are no strangers in covering rock’s original bad boys with Murray directing the 2019 doc on co-founding bassist Bill Wyman, The Quiet One, and Travenor behind the camera for TV special based around Keith Richards’ memoir, Life.

According to the official announcement:

My Life As A Rolling Stone tells the story of one of the world’s greatest rock n’ roll bands in a way that has never been done before — by examining the band through the musical lens of each member, delving deep into their personalities, passions, and memories from the past 60 years.

Four hour-long films, each an intimate portrait of Mick Jagger, Keith Richards, Ronnie Wood, and Charlie Watts, show how these individual musical geniuses came together to make the music that has provided the soundtrack to the lives of millions.

The series features new interviews with the band members and a stellar cast of artists who’ve been inspired by the band. It also includes unseen footage and exclusive stories from Mick, Keith, and Ronnie, interwoven with new and archive interviews and performance.

The story of Charlie Watts, who sadly passed away in August 2021, will be told via tributes from his fellow band members, musical peers, and admirers, along with archive interviews of Charlie.

Although hardly a conventional showbiz manager in the early-1960’s, Mick Jagger remembered how the legendary Andrew Loog Oldham was able to break new ground in the music scene and automatically set the Stones apart from every other pop group trying to make it in London: [“Andrew had this real talent for making a splash and a fuss and centering attention on you, which would’ve taken us a lot longer, probably, if we hadn’t had someone like Andrew. And he was younger than any of us. So he had a young and very, very, irreverent attitude.”] SOUNDCUE (:17 OC: . . . very, irreverent attitude)

Keith Richards told us that writing the songs nose-to-nose with Mick Jagger has always made a substantial difference in the quality of the material: [“Those songs have always been there. They pass through our whole career. Certainly to me, and I think to Mick, too, that the closer we work the better it gets. And we’d gotten so used to, after Exile (On Main Street), of having to get used to writing songs 3,000 miles apart that we sorta figured that was the modus operandi from now on. But this one once again proved us wrong. We don’t know everything, man!”] SOUNDCUE (:22 OC: . . . know everything man)

The Rolling Stones have just uploaded two versions of their classic 1968 promo films for “Jumpin’ Jack Flash.” The Michael Lindsay-Hogg directed clips have been faithfully restored in breathtaking 4K resolution.

The videos feature the standard “makeup” version of the clip using the original single’s track, with the lesser-seen alternate take utilizing live instrumentation and vocal over the tune with completely different outfits and vibe from the band.