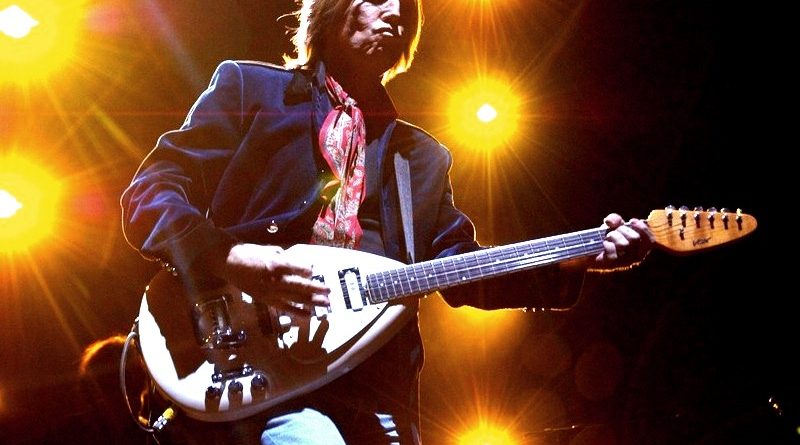 Set for release on November 25th is Tom Petty & The Heartbreakers’ four-CD / six LP-set, Live At The Fillmore (1997). The collection, which was produced by Heartbreakers guitarist Mike Campbell and longtime producer/engineer Ryan Ulyate, was culled from the band’s legendary 1997 20-night stand at the San Francisco venue.

The shows from January and February 1997 have become legendary, with each night featuring a different setlist allowing Petty and the band to delve into their back catalogue and flex their muscles on old favorites and cover versions. The final night of the run — February 7th, 1997 — was broadcast live and proved to be the longest show of the stand, clocking in at a whopping three hours with the Heartbreakers tackling 40 songs.

According to the announcement:

Six of the shows were professionally recorded and this release features many of the high points of the residency. The small venue allowed the band to vary their sets each night; they included re-arranged and distinctive versions of their hits, deep cuts, and many cover versions – paying tribute to the artists that Tom and the band had been influenced by.

In addition to including many of Tom Petty’s classic tunes, the collection includes guests appearances from the Byrds’ Roger McGuinn and John Lee Hooker, and features the Heartbreakers performing covers by such formative favorites as the Rolling Stones, Little Richard, Manfred Mann, the Kinks, Bob Dylan, Bill Withers, Chuck Berry, the Kingsmen, Booker T. & The MG’s, among others.

Tom Petty never took for granted the fact that he had a fan base that was willing to part with their money for his albums and shows — and pretty much follow him and the Heartbreakers with whatever twists and turns they made: “It’s my audience that’s made me survive, honestly. Actually, it’s the people (laughs) that we play to and that buy the records that have made us, a sort of, contradiction. Because, God knows, I mean, we’ve done the least — I mean, the bare minimum of promotion in our life (laughs).”

The tracklisting to Tom Petty & The Heartbreakers’ Live At The Fillmore (1997):