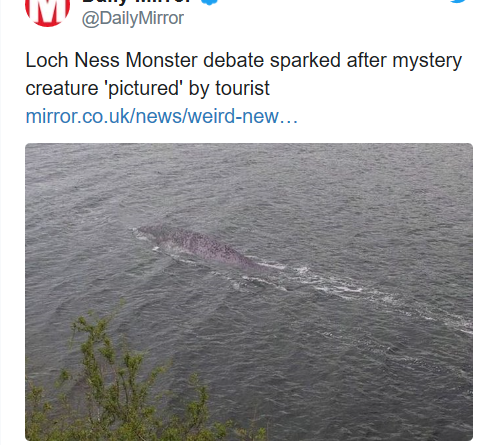 We’ve already dealt with a killer virus and murder hornets . . . so this would be the year for a mythical creature to finally show itself. A new high-def photo of what could be the LOCH NESS MONSTER is making the rounds online. Some people think it’s legit, but even the photographer is a skeptic. He took it last year on vacation in Scotland, and just shared it online. At first, it looks like it could be the size of a whale, but the guy who took it says he was only 30 feet away, and it was around eight feet long. So the size might be an optical illusion. He thinks it was just a big fish, or maybe a seal. 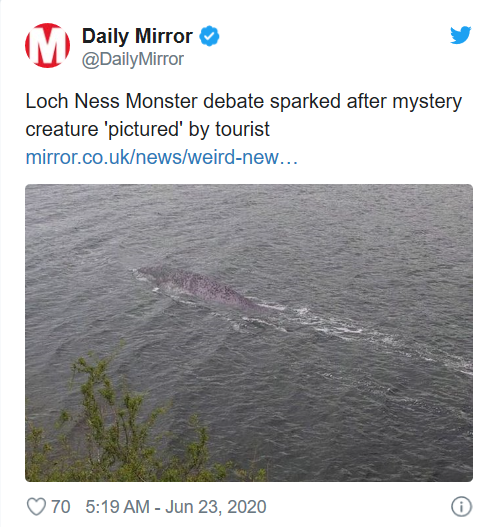