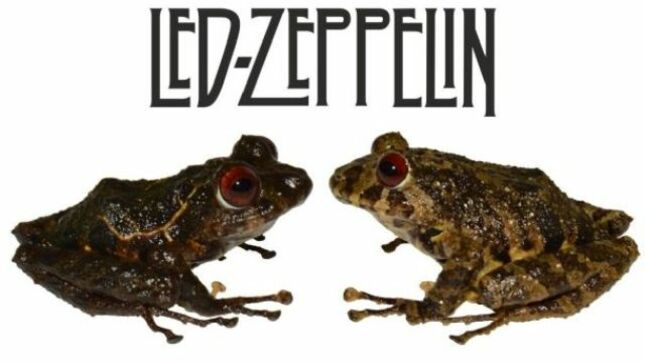 You may be under the impression that scientists are NERDS! That may be true . . . but they also have quite the taste in music if I do say so myself. A new frog species was discovered in the Ecuadorian Andes and they named it after none other than . . . Led Zeppelin. Behold the Pristimantis ledzeppelin! Robert Plant commented on the discovery on Twitter, saying, “I wonder if Robert Johnson’s terraplane knows about this.” Other recently discovered species named after rock and metal icons include a venomous snake named after James Hetfield, a crab named after Nightwish (a symphonic metal band from Finland), and a tarantula named after Dave Mustaine.