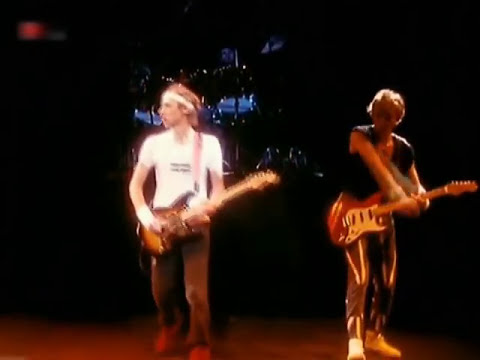 Today marks the anniversary of Dire Straits self-titled debut album hitting the English album chart for the first time. It happened on this date in 1978. So we’ll make Mark Knopfler, the Bazaar Guitar: “Guitar Hero Of The Day”. Knopfler is best known as the lead guitarist, singer/songwriter and co-founder of Dire Straits. Knopfler is ranked 27th on Rolling Stone’s list of the “100 Greatest Guitarists of All Time”. He was inducted into the Rock and Roll Hall of Fame as a member of Dire Straits in 2018. Knopfler is known for his fingerpicking style of playing, which at the time was almost unheard of from a rock guitarist. One critic summed it up best . . . “The bare-boned economy of Knopfler’s songs and his dizzying guitar fills were a breath of clean air amid the lumbering rock dinosaurs and one-dimensional punk thrashers of the late 70s. Check out the video to hear for yourself (the whole song is fantastic, but the last 3 minutes are really good)