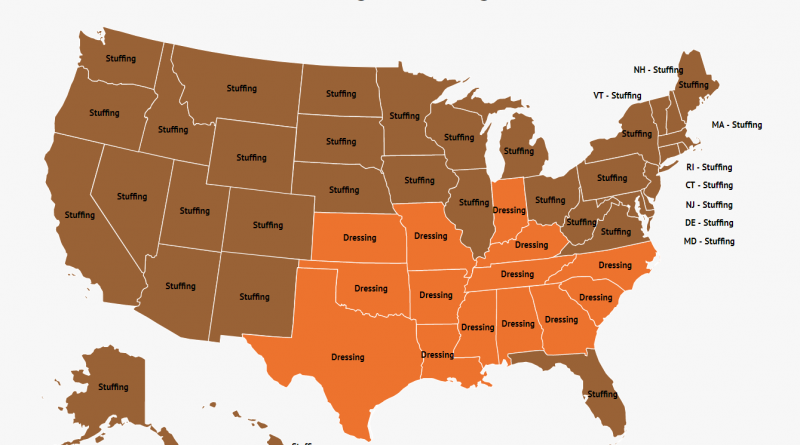 A new study looked into the “stuffing” versus “dressing” debate, to find out which term is more popular by states. Stuffing is the preferred term in 36 states and dressing in 14. The dressing states are mainly in the south (although Indiana and Missouri throw off the curve.

For the record, “stuffing” is king in Ohio. 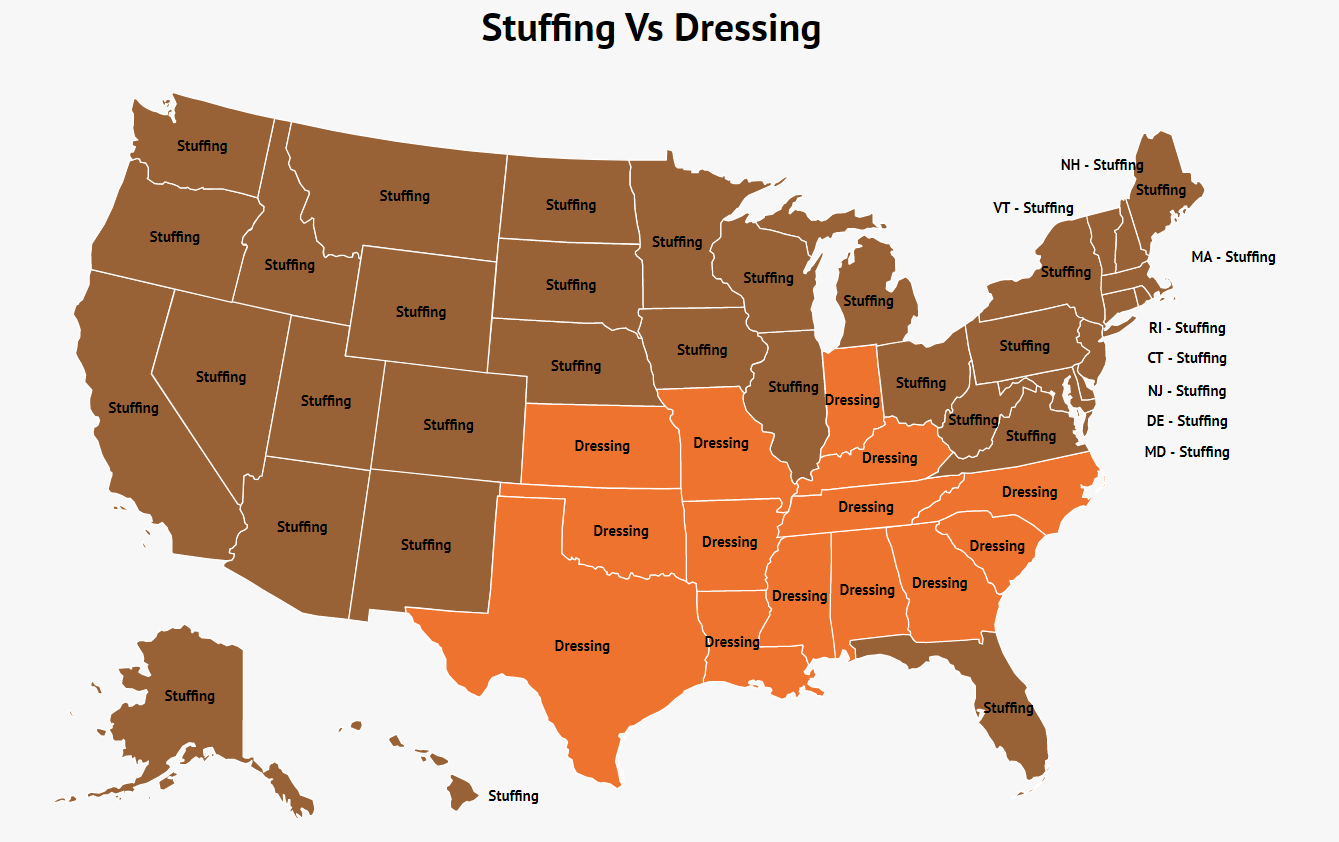