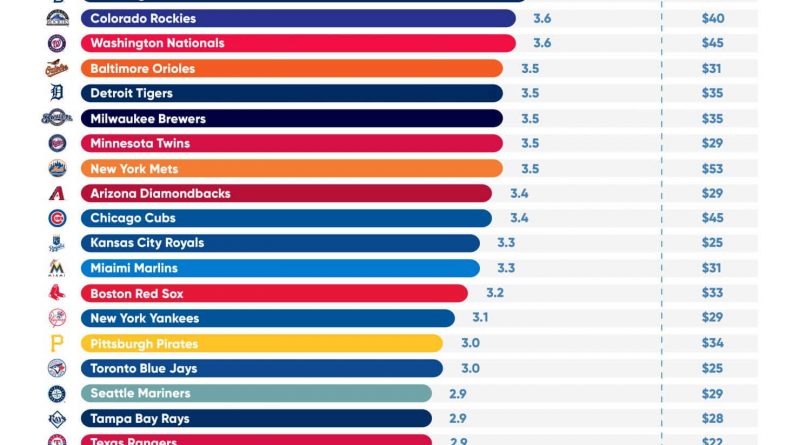 A new survey ranked every Major League Baseball team by how much their fans drink when they watch games. Chicago White Sox fans drink the most per game, at an average of 4.2 beers each. Philadelphia Phillies fans drink the least, at 2.4 beers per game. Ohio MLB fans are well represented . . . . Cincinnati Reds came in #3, while Cleveland’s now unnamed baseball team is #4! Here’s a chart with every fanbase’s ranking. 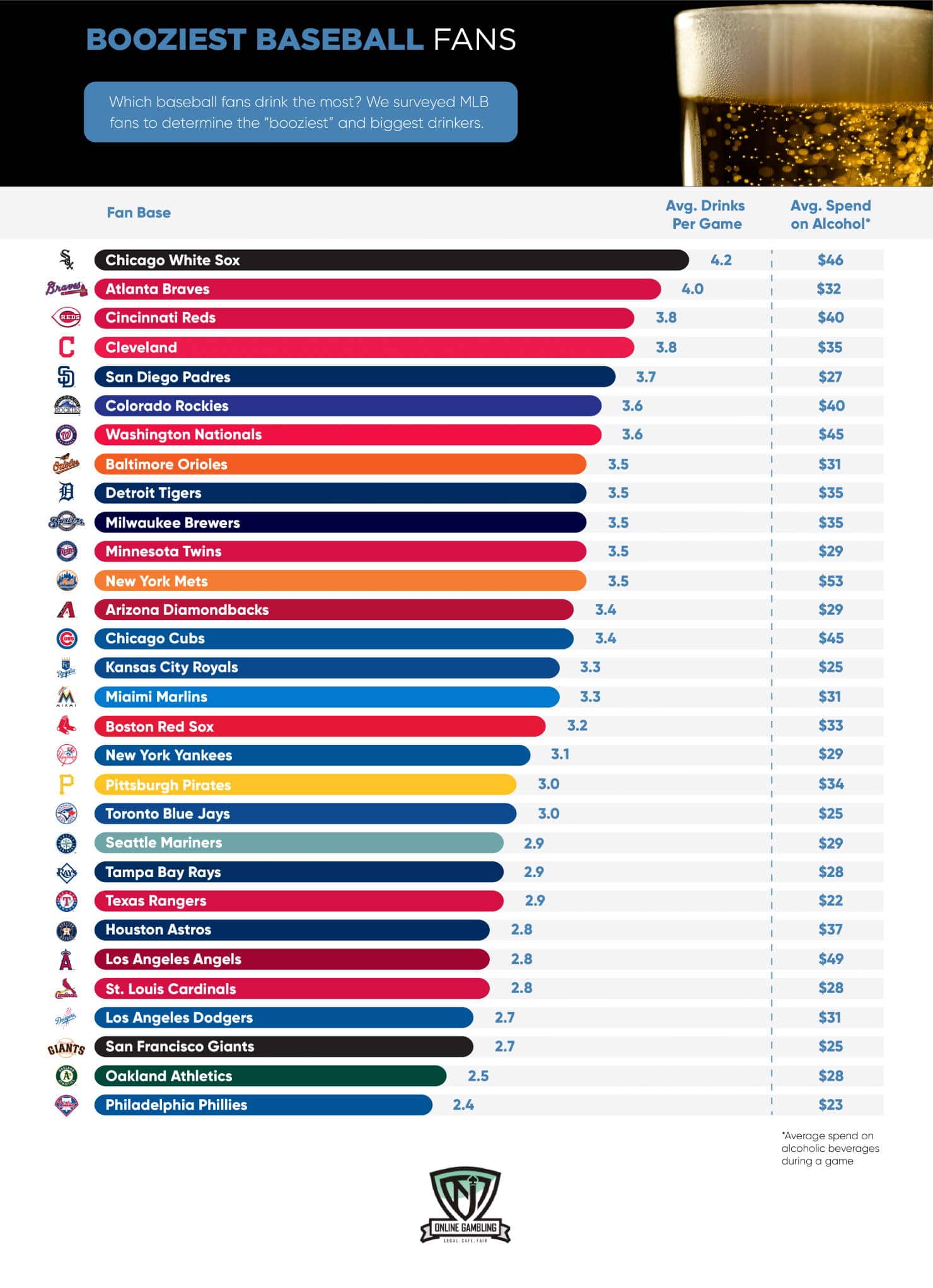