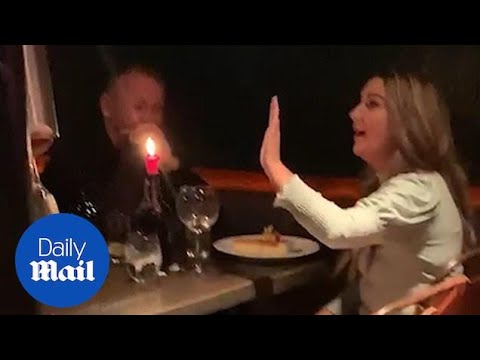 THIS is a “QUALITY” prank right here . . . Lee found out his buddy Stephen was going on a first date to a steak restaurant. So he called the restaurant pretending to be his buddy before the date, to set up a special dessert surprise. He had the server bring over a cake at the end of the meal that had, “Will you marry me?” written on the plate in icing. Lee who “happened” to be at the same restaurant caught the whole thing on video. He wound up paying for the meal, but says it was worth it. And if you’re wondering, Stephen’s date did NOT seem to be impressed by the prank, so it may have tanked any potential relationship.