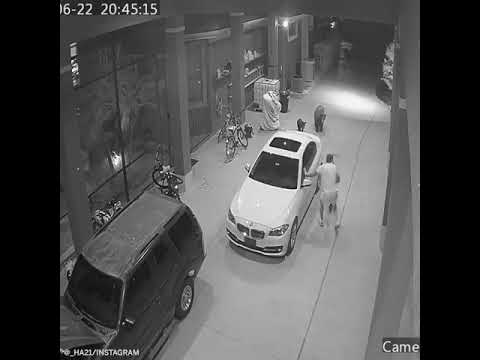 Ever wondered what you would do if you were placed in a really bizarre scenario? Like, say . . . riding a scooter down an alley in some town, and suddenly ride up on TWO BEARS? HaHa Clinton-Dix of the Dallas Cowboys posted surveillance video footage, which shows him almost riding his electric scooter into 2 bears (and we’re not talking about Chicago Bears)! The footage shows the two bears meandering down a narrow street, then Haha comes into view riding his scooter. He rides up, he sees the bears, and immediately drops the scooter to run away. I’m pretty sure I would do the same thing, but add needing to buy some new britches.