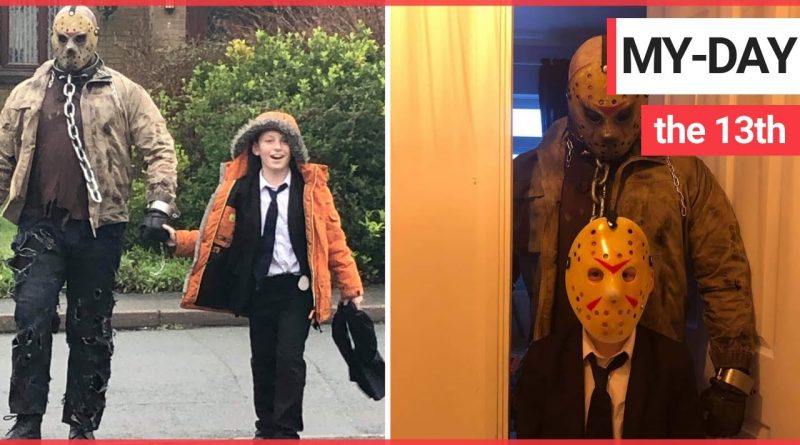 Not sure if this is good parenting, but thumbs up to dad who went out of his way to give his kid a birthday memory. A kid in England named Carter had a weird birthday request. He wanted to get picked up from school by JASON …. the villain from the “Friday the 13th” movies (???). So his dad got in touch with a special effects guy who agreed to dress up as Jason. Carter’s dad then checked with the school (smart move), and for obvious reasons they weren’t real hip to having “Jason” actually approach the building. So Jason met Carter around the corner, and now the story is going viral. (check out the video that Carter’s dad shot)