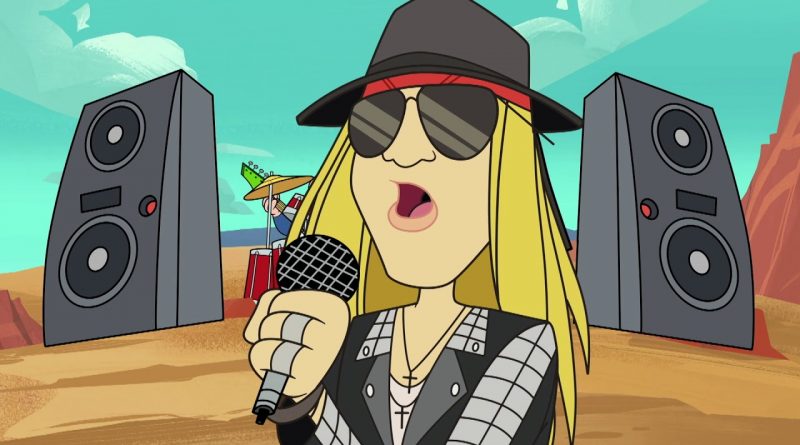 Axl Rose has released his first new music since Guns N’ Roses put out “Chinese Democracy” more than 10 years ago! And it’s a collaboration with Looney Tunes, called “Rock the Rock”. It’s from an episode of the “New Looney Tunes”, where Axl and the Looney Tunes characters team up to perform a rock song in an attempt to stop an asteroid from destroying Earth. Apparently, Axl is a fan of “Looney Tunes”. In fact, Guns N’ Roses used the original show’s theme song as intro music during its “Not In This Lifetime” reunion tour.