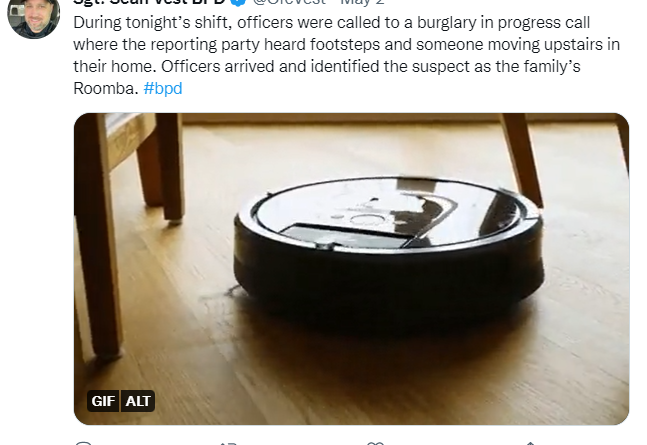 Highlighted Kahuna
May 5, 2022 The Big Kahuna

A family in Nebraska called the police late Sunday night to report a possible burglary. They heard footsteps upstairs and though someone was robbing them. When the cops arrived, they began their investigation and quickly identified the suspect as . . . the family’s ROOMBA. Which was apparently doing some programmed late-night vacuuming. The Roomba was not arrested, and sadly, the police have NOT released the bodycam footage. 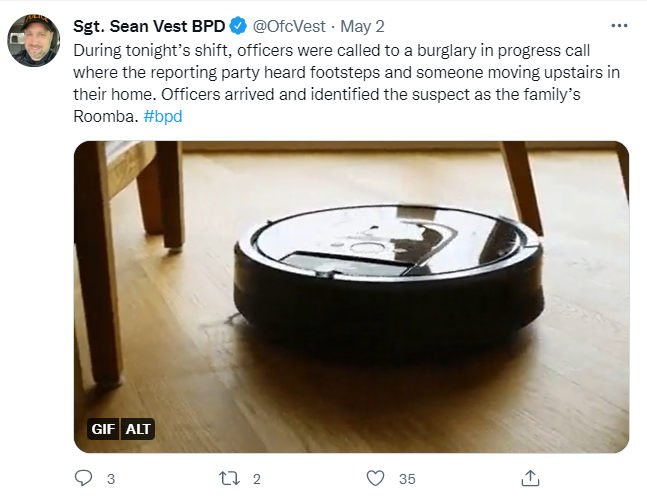