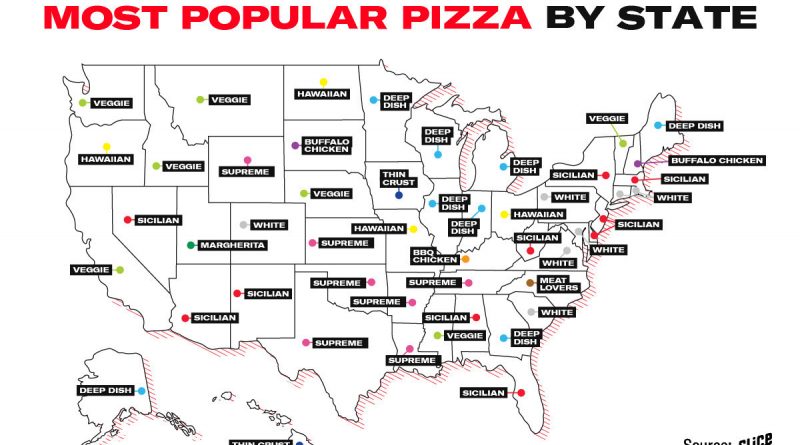 The pizza app Slice has a rundown of the most popular pizzas in each state. And Hawaiian pizza is #1 in FOUR states (but strangely, Hawaii is NOT one of them). The four states that order Hawaiian pizza more than anything else are . . . Oregon, North Dakota, Missouri, and OHIO (come on Ohio . . . that’s embarrassing). So what’s #1 in Hawaii? Thin Crust. The most popular overall is Sicilian Pizza (thick crusted and rectangular, but can also be round and similar to the Neapolitan pizza). Next is Deep Dish, followed by Veggie pizza, and Supreme Pizzas. And only one state had Meat Lovers at #1, North Carolina. Check out this map of the most popular pizza in every state.