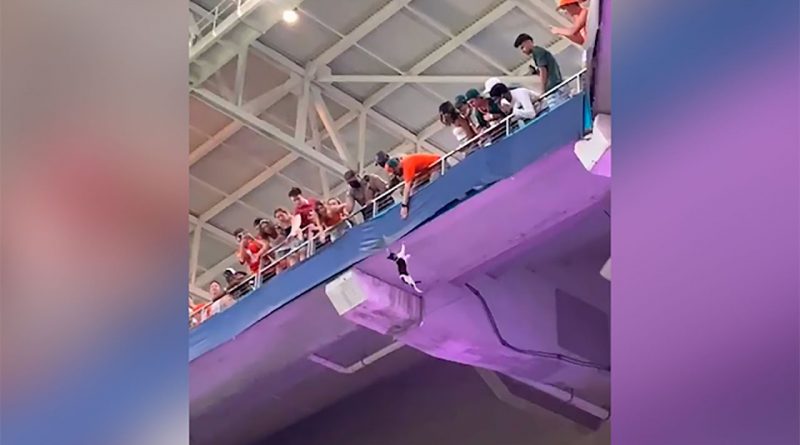 Here are an INCREDIBLE “Good News Story from this weekend. Have you seen the video from the University of Miami football game on Saturday? A stray cat somehow got into the stadium, and ended up dangling from the upper deck by its claws. Then it FELL . . . but fans below used an American flag to CATCH it. When the cat fell, the whole stadium gasped, but the flag broke its fall just enough. Then a fan held it up like Simba in “The Lion King”, and everyone cheered.