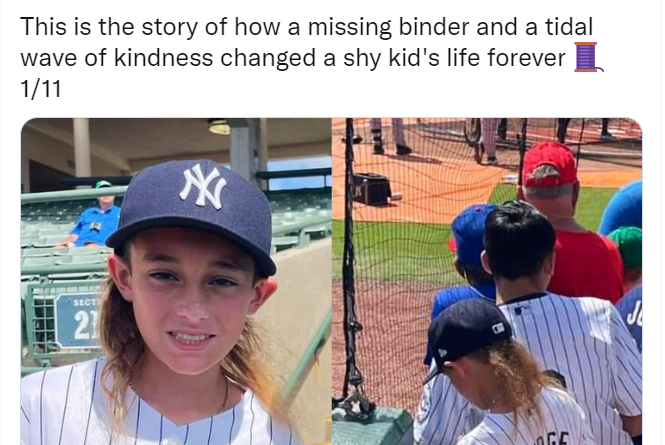 Back in March, 11-year-old Elyjah Blankenberg got some baseball cards signed at a Yankees spring training game. Then someone stole the binder they were in. ESPN just did a big follow-up after random people sent him THEIR signed stuff. He got baseballs signed by Nolan Ryan, Sammy Sosa, and Greg Maddux. The Orioles sent him a game-used third base signed by the whole team. His favorite player DJ LeMahieu signed some stuff. But the best thing he got was a ball signed by Mickey Mantle and the 1968 Yankees. A guy named Steve Sample got it 54 years ago after he was attacked by a SHARK as a kid. He says it helped with his recovery, and he thought it was time to pass it on.  Elyjah’s parents say they’ve caught him sleeping with it in his bed a few times. 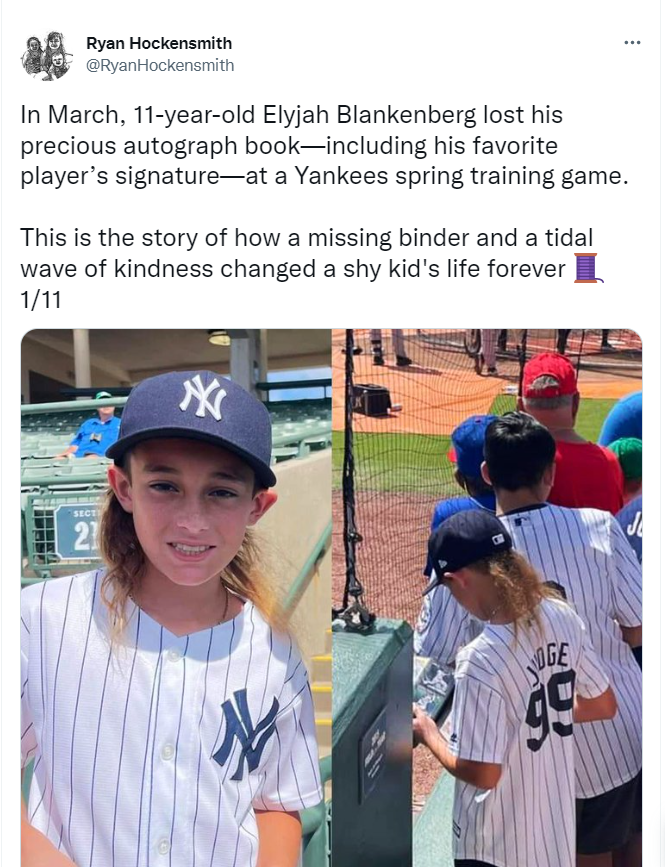