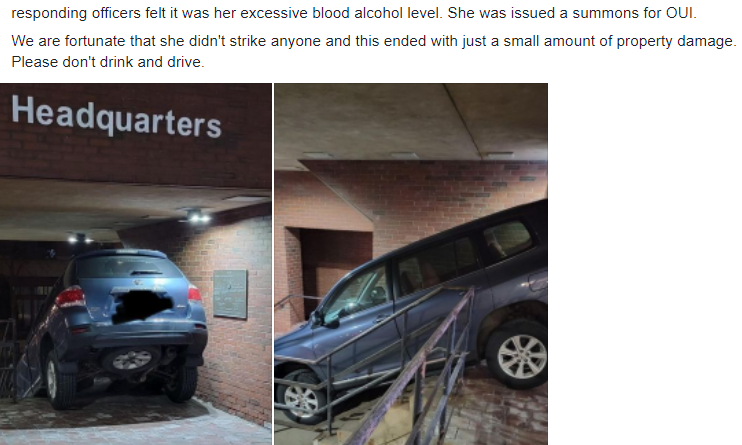 Highlighted Kahuna
May 3, 2022 The Big Kahuna

A woman in Portland Maine, didn’t do much to help her alibi on drunk driving charges. She was arrested, after accidentally driving her SUV down a set of STAIRS . . . outside police headquarters. Her journey to where she ended up, is almost as good as her explanation of HOW she ended up on the stairs . . . police say she drove through their garage, across a pedestrian plaza, tried to get back to the street by going down a set of cement steps, when her SUV either got stuck on them, or she realized but then couldn’t back up. She tried to claim she was just following her GPS, however the police think her “excessive blood alcohol level” might have more to do with it. Lucky no one was hurt.  (Here are the police department’s Facebook post) 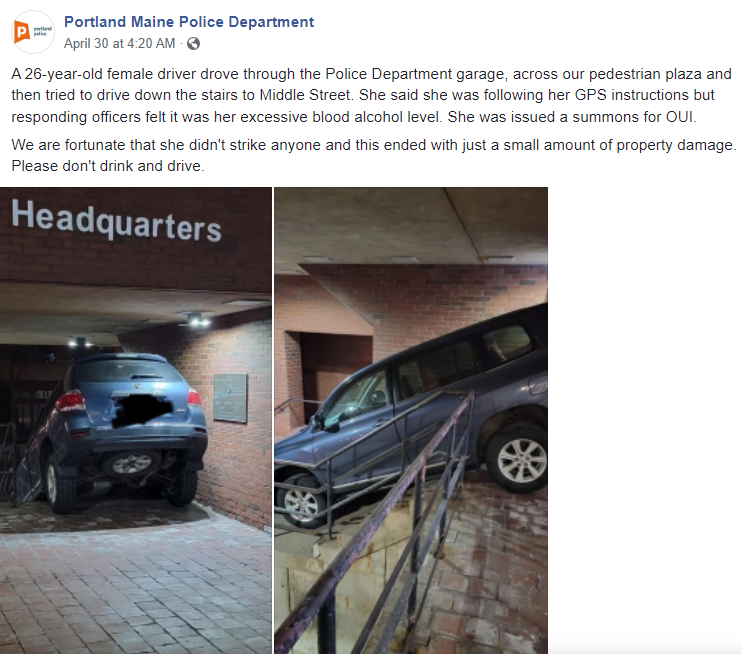