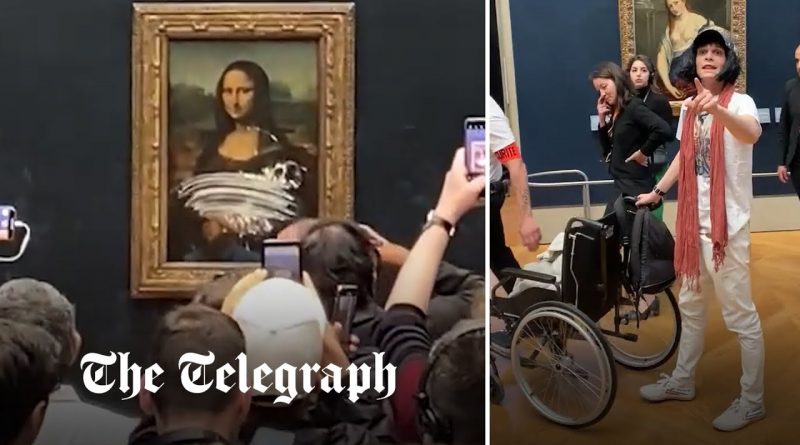 This is NOT the way to get people sympathetic to a cause! A 36-year-old climate activist in Paris is facing charges after smearing cake on the Mona Lisa on Sunday. The painting itself wasn’t damaged, it’s been behind bulletproof glass since the 1950s. The guy apparently planned this out, he was disguised as an old woman in a wheelchair, which may have given him better access next to the painting. He either threw the cake, smeared it, or both. Then security removed him from the building. Officials at the Louvre confirmed the attack did “involve a pastry”.