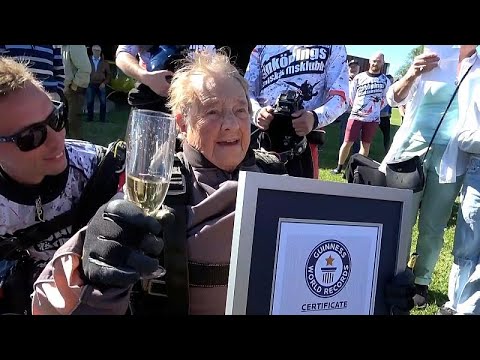 Yesterday, I told you about the guy who broke the record for eating 3 Carolina Reaper pepper the fastest (8.2 seconds by the way). Three more world records were just broken, and these are certainly on the more “unique side” of world records . . .

1) A 103-year-old woman in Sweden became the oldest person to skydive.

3) And a girl from Vermont crushed a world record by walking 639 feet across a tightrope in four-inch heels (the old record was 49 feet).