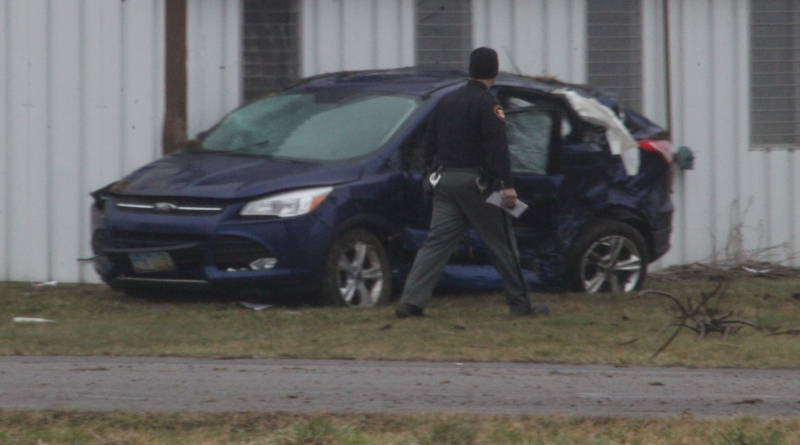 Two people were injured in a two-vehicle rollover crash south of Findlay.

The crash happened at about 1:15 Wednesday afternoon at the intersection of Township Roads 168 and 179 in Jackson Township.

The Hancock County Sheriff’s Office says James Wagner, 75, of Arlington, was heading east on Township Road 168 when he failed to yield to a car at the intersection with Township Road 179.

His car struck the driver’s side of a vehicle that was northbound on Township Road 179 being driven by Angela Walker-Vollmar, 25, of Arlington.

The impact sent Angela’s car off the right side of the road and into a yard where it rolled several times and came to rest against a barn.

Wagner’s car went off the side of the road and came to rest in a yard.

The sheriff’s office says both drivers were taken to Blanchard Valley Hospital by Hanco EMS with unknown injuries.

Wagner was cited for not yielding at the stop sign.