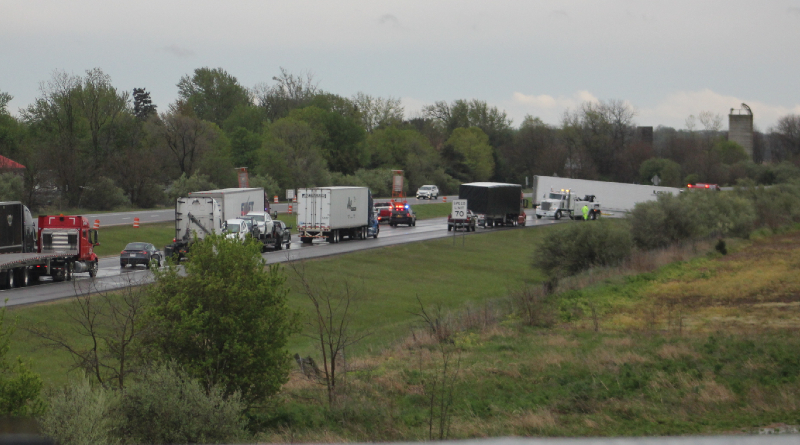 Two people were injured when their semi overturned on Interstate 75 in Findlay as storms were blowing through on Thursday.

It happened at around 4:30 Thursday afternoon just south of the Lima Avenue overpass.

The Hancock County Sheriff’s Office says the Freightliner Cascadia semi had an empty trailer and strong winds picked up the trailer, causing the semi to overturn onto the driver’s side.

The sheriff’s office says the driver of the semi, Lakhvinder Singh, of Bakersfield, California and a passenger were taken to Blanchard Valley Hospital for their injuries.

The crash shut down southbound traffic for several hours.