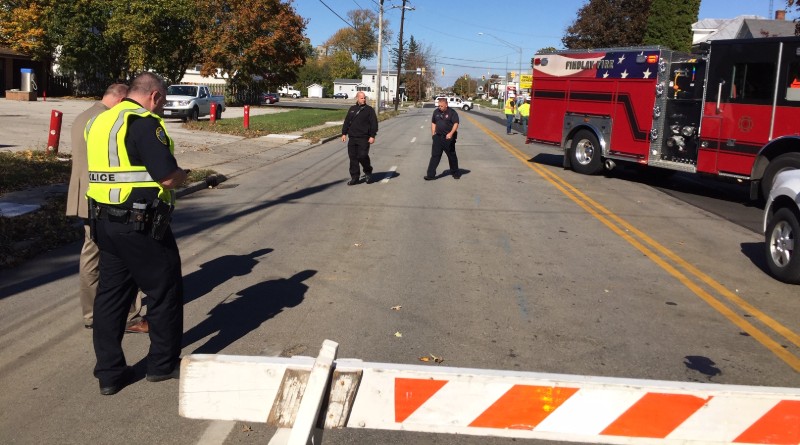 Another natural gas line was ruptured by workers, this time in the 700 block of South Blanchard Street.

Blanchard Street is closed from South to Wyandot Streets and between the railroad tracks to Wilson Street.

Responders on scene say that the Cigars ‘N’ Stuff and Dollar General on Blanchard Street near the intersection with Lincoln Street had to be evacuated.

Crews are working on the issue but there is no estimate on when it will be fixed.