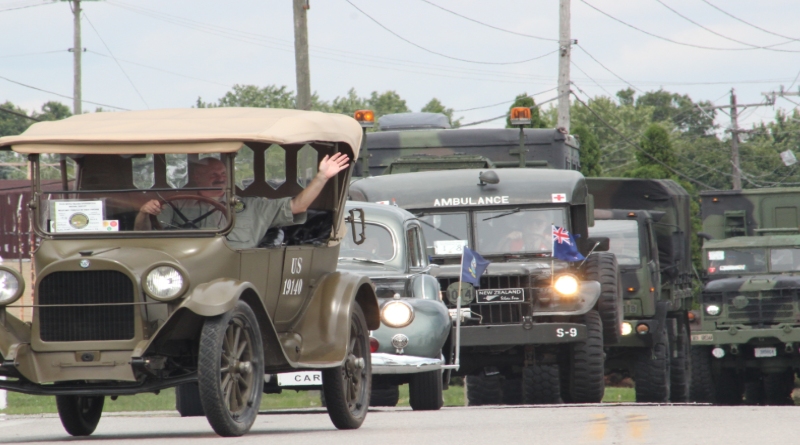 The Military Vehicle Preservation Association’s convoy of historic military vehicles made its way through northwest Ohio over the weekend.

The group is recreating the Transcontinental Motor Convoy, the Army’s first motor convoy across the country, on the 100th anniversary of the journey.

“Five of these cars went on the original convoy in 1919, and Eisenhower was on that trip with the Army so he probably rode in one just like it.”

He says the reception in the Ohio towns they’ve been going through on the old Lincoln Highway has been tremendous, with plenty of people coming out to watch, salute and take pictures.

We caught up with Mark in Upper Sandusky on Saturday, as the convoy stopped at the high school for lunch.

The convoy left Pennsylvania on August 10th and is planning on arriving in California in the middle of September.