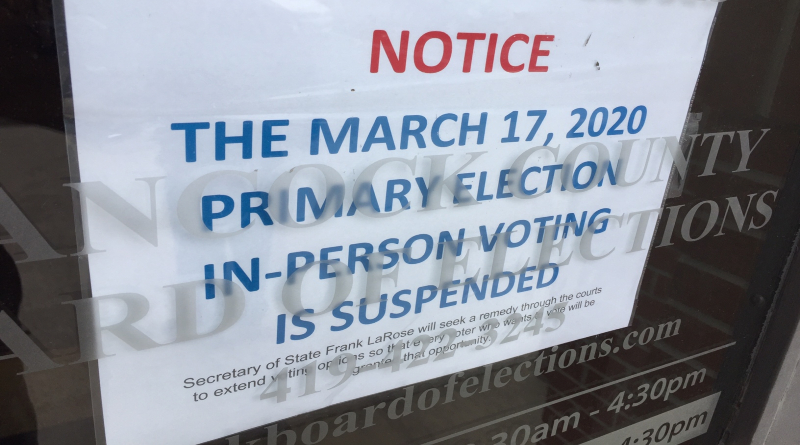 In-person voting for Ohio’s primary election is being postponed to prevent the spread of the coronavirus.

The decision was made late Monday after two voters over the age of 65 filed a lawsuit to delay voting since they are in an at-risk group associated with the virus.

Franklin County Judge Richard Frye declined to halt the election on the grounds that he could not overturn the wishes of the state legislature, but Director of Health Dr. Amy Acton used her emergency powers to close all polling locations to contain the spread of infectious disease.

Jody Beall O’Brien, director of the Hancock Board of Elections says she’s never seen anything quite like this before.

“We pride ourselves on being flexible, but this takes it to a whole new level.”

She sends a big thank you out to their poll workers for how they handled the back and forth nature of not knowing until very late that the election would ultimately be postponed.

“And we had poll workers out at the polls at 5:30 to turn people away and put up signs saying no voting today, so our poll workers have been fantastic.”

Secretary of State Frank LaRose says he will work with the courts to find a way to extend voting options.

He anticipates holding the primary on June 2nd and between now and then he says people can vote by mail.