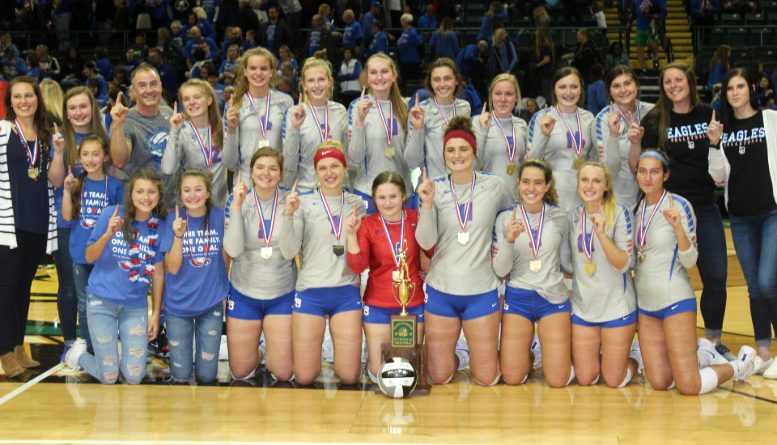 The Eagles faced some adversity early on when their setter rolled her ankle and had to come out for a few points.

“I know anybody on the bench can step in at any time so a lot of credit to Sydney for stepping in there and until Alissa’s ankle got wrapped,” said Head Coach Julie Todd.

Coach Todd says they’ve been calling themselves a family all season and that’s how they played in the title game.

So how does it feel to bring home that championship trophy?

We caught up with outside hitter Isabella Granger after the game as she was hugging family and friends.

She said it really hadn’t sunk in yet that they won the state championship.

We asked her how the team was going to celebrate the big win.

“We’re gonna go to the soccer game and cheer on our other friends,” she said.

Unfortunately, the Liberty Benton Girls Soccer team lost their state title game to Cincinnati Country Day at Columbus Crew Stadium, but it was still a tremendous season for them as well.

The Liberty Benton Football team was taking on Eastwood in the playoffs on Saturday night as well.