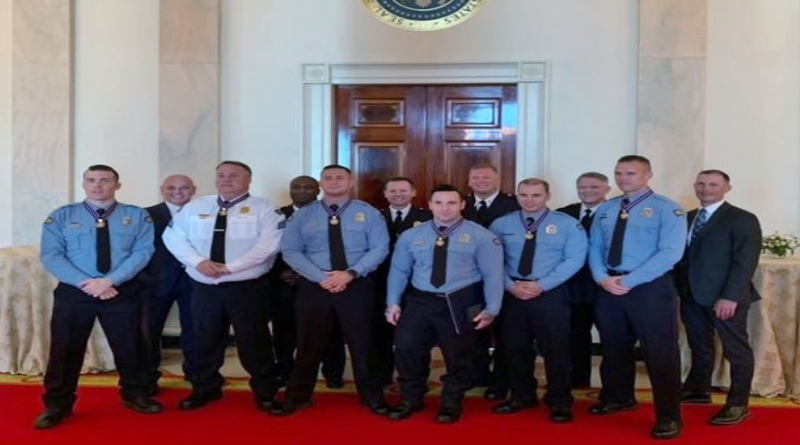 The six Dayton police officers who stopped the gunman in the August mass shooting have been awarded the Medal of Valor, the nation’s highest public safety award.

“The light from these intrepid souls defied the darkness and confronted the most sinister danger,” said President Trump at the White House ceremony.

He called the officers “patriots” who showed “character and strength.”

Nine people were killed on that day, but that number could have been much higher had the officers not engaged and stopped the shooter in less than 30 seconds.

President Trump also awarded six civilians who risked their lives during a mass shooting at a Texas Walmart.