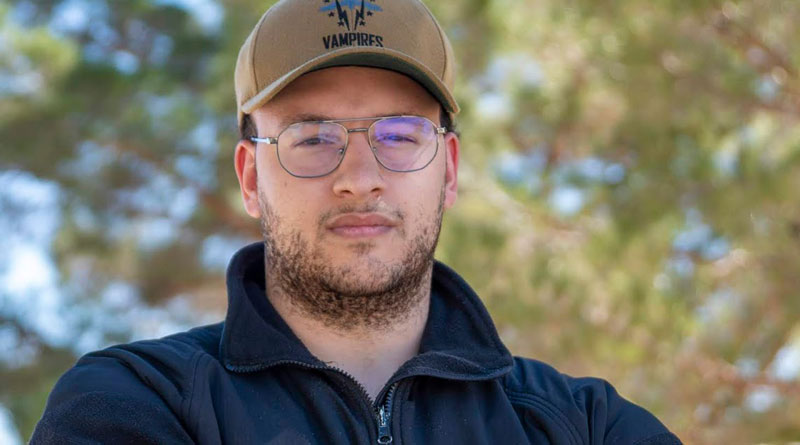 As a Navy yeoman, Foster is responsible for all administrative duties for the command. I enjoy the peace and quiet of serving in China Lake, Foster said.

Foster is a 2014 Kentridge High School graduate. According to Foster, the values required to succeed in the Navy are similar to those found in Upper Sandusky.

I learned communication skills necessary to serve in the Navy, Foster said. Without these skills the job would be a lot more difficult.

NAWS China Lake is located in the Western Mojave Desert region of California, approximately 150 miles north of Los Angeles. The installation is the Navy’s largest single piece of real estate, representing 85 percent of the Navys land for Research, Development, Acquisition, Test and Evaluation (RDAT&E) use and 38 percent of the Navys land holdings worldwide. In total, its two ranges and main site cover more than 1.1 million acres, an area larger than the state of Rhode Island.

Operating a facility as large as China Lake is a monumental task, considering 19,600 square miles of restricted and controlled airspace makes up 12 percent of California’s total airspace. Compounding the challenge is the diverse nature of the operations that includes weapons testing and evaluation in air and ground ranges, research and development in highly sophisticated laboratories, and numerous science and technology projects ranging from sensors to chemical and material systems.

The workforce at China Lake is a combination of military, civilians and contractors employed across many different commands focused on researching and evaluating cutting edge technological systems, and training of Navy personnel preparing for combat in areas around the world.

China Lake and the men and women who serve there play a key role in the Navys broader mission of protecting American interests on the worlds oceans.

According to Navy officials, maintaining maritime superiority is a vital part of a Navy that is present today and prepared for tomorrow. The impact affects Americans and their interests around the world, as more than 70 percent of the Earth is covered by water and 90 percent of all trade travels by sea.

The foundation of the Navy the nation needs includes a focus on warfighting, warfighters and the future of the fighting force.

I am confident that we will maximize the Navy we have today while delivering the Navy that our nation will rely upon tomorrow, said Adm. Mike Gilday, Chief of Naval Operations. We will do so with urgency. Our fleet will be a potent, formidable force that competes around the world every day, deterring those who would challenge us while reassuring our allies and partners.

Though there are many ways for sailors to earn distinction in a command, community and career, Foster is most proud of being promoted to third class petty officer.

It shows my growth and that I am working hard in my career, Foster said.

As a member of the U.S. Navy, Foster, as well as other sailors, know they are a part of a service tradition providing unforgettable experiences through leadership development, world affairs and humanitarian assistance. Their efforts will have a lasting effect around the globe and for generations of sailors who will follow.

Serving in the Navy means I am doing something with my life and allows me to give back my country, Foster said.