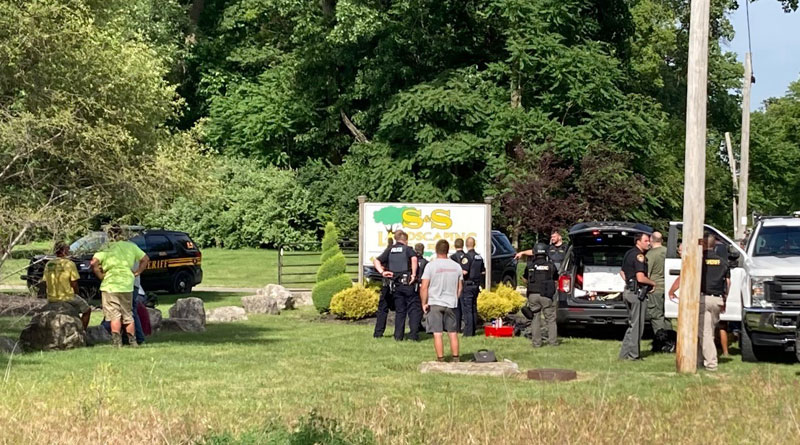 UPDATE – The standoff ended at around 9:15 Monday night when police used a couple of gas rounds that convinced the subject to drop his gun and come out. Click here for more.

ORIGINAL STORY – Various law enforcement agencies are on the scene of S&S Landscaping on Olive Street in Findlay for an armed, barricaded individual. The situation began around 4:30 Monday afternoon.

In an interview around 6:15 with Findlay Police Chief Robert Ring, he indicated the man had a gun, was in a building on the site and threatening himself. Police are negotiating with the individual to surrender peacefully.

Chief Ring said that a domestic issue in Wood County triggered the standoff. Findlay Police were contacted by Wood County Sherrif’s office to assist as part of their investigation.

At the time of this interview, Chief Ring said no shots had been fired.

The Emergency Response Team, Crises Management Team, medics and negotiators are on the scene.

News Director, Matt Demczyk will update the story as it progresses.