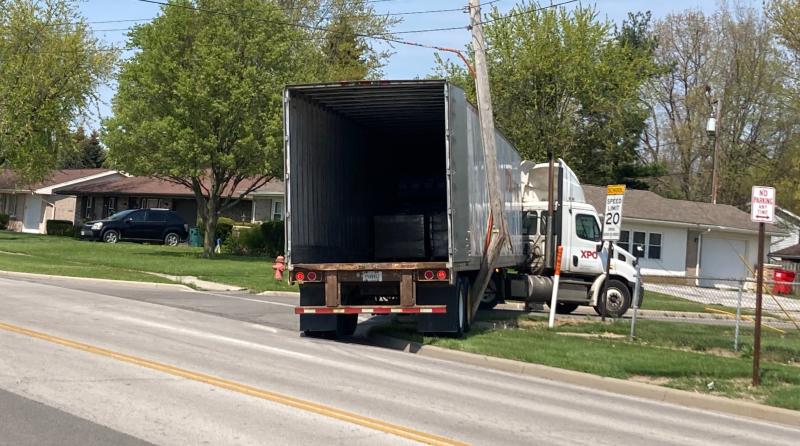 A semi hit and damaged a power pole while making a turn in Findlay.

It happened at around 3:15 Tuesday afternoon on North Blanchard Street at Lesa Avenue in the area of the Family Center and Findlay City Schools Preschool.

The semi attempted to turn onto Lesa from Blanchard and struck the power pole, snapping it.

The crash closed North Blanchard in that area.

We were told at the scene that the closure could be in place for a while as the situation was dealt with.

The crash knocked out power to some people in the area, and AEP expects all power to be restored by 10 p.m.

Findlay Outage: Crews are making repairs after this accident at the corner of Lesa Ave. and N. Blanchard. Power is out around Ash and Foulke Avenues, including the University of Findlay’s practice football field and tennis courts. Power is expected to be restored by 10 p.m. pic.twitter.com/AdC0P68fpD