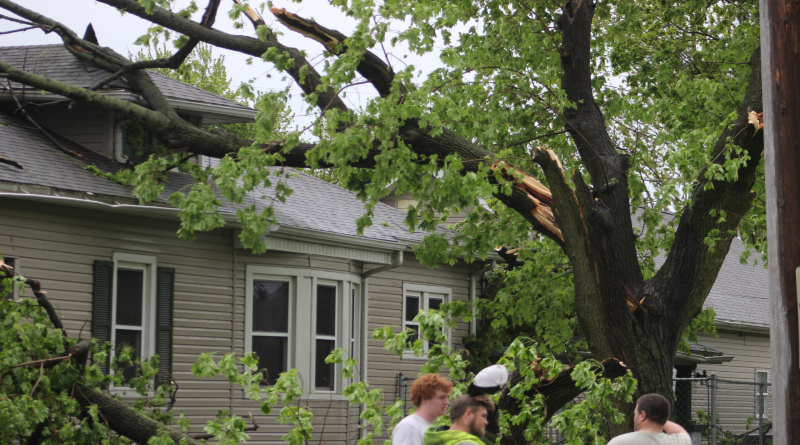 Local News Powered by VisitFindlay.com
May 14, 2020 The Big Kahuna

That strong line of storms that blew through Thursday afternoon downed several trees in Arcadia, sending one into a house on East Fremont Street.

No one was injured.

The people who live in the home were not there at the time.

They say their dogs were home and were not injured.

One neighbor had their garage destroyed and part of it ended up hitting the house.

Some other trees could be seen down and at least one homeowner had quite a bit of damage to a fence.

The National Weather Service says there was a wind gust of 63 miles per hour recorded at the Findlay Airport as the storms were blowing through around 4:30.

Friday’s weather could also be stormy with a high in the low 70s expected.